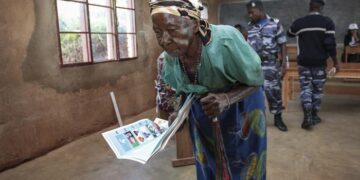 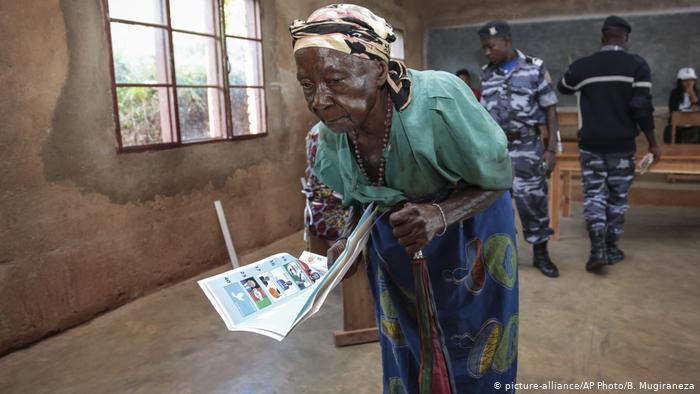 Seven candidates contested the presidency with the main contenders being Agathon Rwasa of the opposition CNL party and Evariste Ndayishimiye from the ruling CNDD-FDD party.

Concerns were raised about the implications of holding an election amid the coronavirus pandemic.

Prior to the election, the electoral commission chairman, Pierre Claver Kazihise said on TV that “We call on Burundians to massively go to vote and vote peacefully. We need good elections.

“The voter is asked to leave after casting their ballot. No gatherings are allowed near polling stations,” he added.

But hours after the voting ended, there have been claims of electoral fraud from the opposition political parties.

Opposition leader, Rwasa told Reuters that electoral observers from his party were chased away from the polling stations.

“There is a massive electoral fraud. Our representatives, mandated to follow the electoral process to the end, have been chased. So how can you agree on results counted out of your sights?” he was quoted as saying.

In an interview with DW, Doudou Diene, president of the Commission of Inquiry on Burundi at OHCHR, the United Nations body mandated to promote and protect human rights said the elections were not free and fair.

He said “There are fundamentally three factors: violations of the right to life, liberty and physical integrity; violations of civil liberties; and violations of economic and the civil rights.

Especially in the electoral process, the opposition parties have historically not been able to to benefit from their rights. This is why we are saying that conditions [in Burundi] are not yet met for free and credible elections.”

In 2015 when president Nkurunziza decided to run for a third, five-year term in 2015 it sparked widespread protests and violence.

His decision to stand down was welcomed by many with the country conferring on him the title of “Supreme Guide of Patriotism” and that came with a lavish send-off perks including a villa worth $530,000.

Burundi is one of the world’s poorest countries and largely depends on donor support.