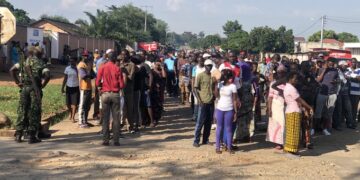 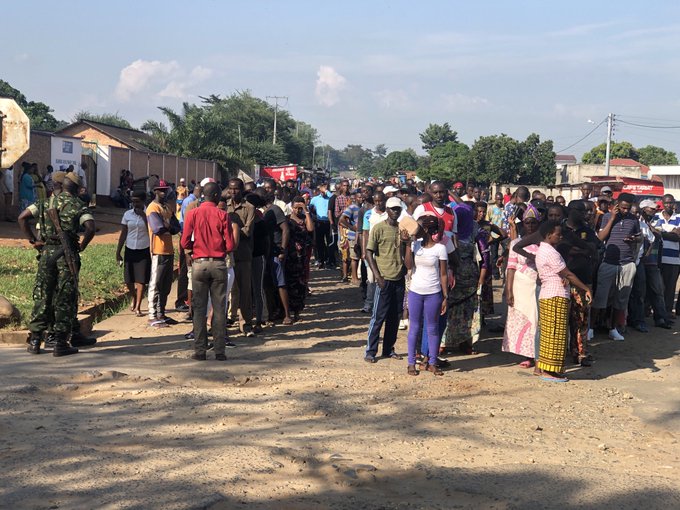 Burundians have been voting across the country on Wednesday to elect a new president.

The voters are not just electing a new president but members of parliament and communal council members.

Should the election end without violence it would be ushering Burundi into its first democratic transition in 58 years of independence.

President Pierre Nkurunziza decided not to seek re-election, a move that reduced tension in the country ahead of today’s votes.

The electoral commission chairman, Pierre Claver Kazihise said on TV that “We call on Burundians to massively go to vote and vote peacefully. We need good elections.

“The voter is asked to leave after casting their ballot. No gatherings are allowed near polling stations,” he added.

Seven candidates are contesting the presidency with the main contenders being Agathon Rwasa of the opposition CNL party and Evariste Ndayishimiye from the ruling CNDD-FDD party.

Concerns have also been raised about the implications of holding an election amid the coronavirus pandemic.

Burundian officials sacked WHO officials last week from the country, an action that was condemned by the global health body.

Meanwhile the United Nations and the African Union have both said in a joint statement on Sunday they remained “concerned about reports of intimidation and violent clashes between supporters of opposing sides.”

In 2015 when president Nkurunziza decided to run for a third, five-year term in 2015 it sparked widespread protests and violence.

His decision to stand down was welcomed by many with the country conferring on him the title of “Supreme Guide of Patriotism” and that came with a lavish send-off perks including a villa worth $530,000.

Burundi is one of the world’s poorest countries and largely depends on donor support.