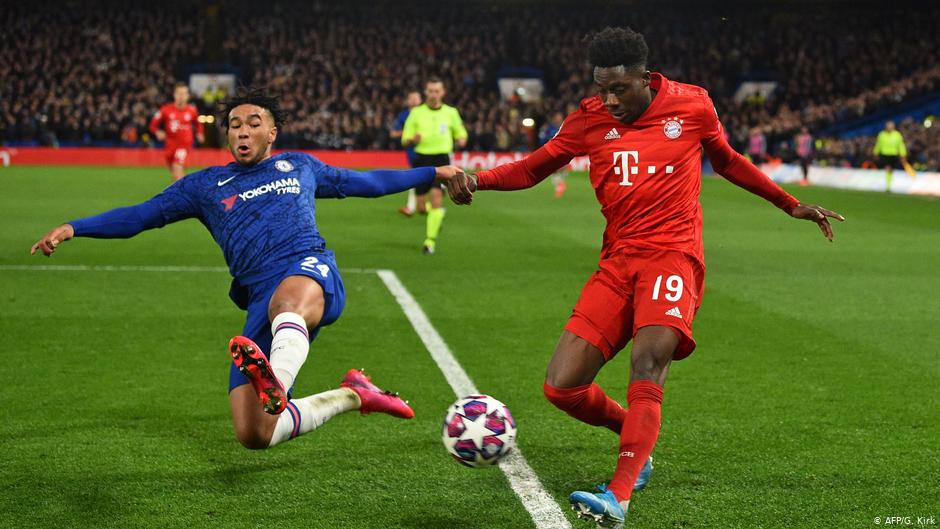 Over a dozen young people are playing football on a small and dusty pitch in the Buduburam refugee camp in central Ghana.

The pitch has given many young footballers a shot at becoming professional players.

These young footballers were born here to parents who fled a war in Liberia over two decades ago.

For these young people who struggle on a daily basis to have better life the desire to get to the top is even intense due to recent success story of a former refugee camp mate, Alphonso Davies who now plays professional football in Germany.

25 year old Boboskie Varney who grew up with Davies in the camp. He recalled his memories of little Davies at the age of five, as juvenile team mates.

He told Africa Feeds Davies was “a very quiet man, cool guy, he comes for practise after practise he would go and relax home. That is what I know about him. He always loved the game.

He pays attention to the game. One good thing I know about him is that he doesn’t let problems get to him. After practising he goes home to relax himself. Sometimes we meet up the road and we just talk.”

Davies left the camp with his parents to Canada still at a very tender age and got his talent better shaped there.

He now plays for, Bayern Munich and his childhood friend Varney finds joy in his progress.

“The first time we heard about him going to Bayern Munich, majority of the players on the camp were happy because to take a refugee from the camp here and travel to go that place and become successful and play football and Bayern Munich call him to play, it made all of u proud so it is motivating some of us to play hard, to see the highest level,” Varney said.

Varney said lack of sponsors and promoters makes it difficult to produce another Alphonso Davies.

Life is tough for many dwellers here but the young refugees here are not giving up. Davies success could open doors for many of them in the future, according to another resident, Rufus Cruso who saw Davies grow up here.

Cruso said Davies “really wanted to play the game. You could see the effort he played the game with, he always took the game at heart. He believed that one day God was going to take him to another level.

And by the grace of God, things happened for him. He is an example for, we the youth in Buduburam camp. It’s not just Alphonso Davies but we have a lot of players here to showcase their talents but all is the opportunity that we need.”

But becoming professional footballer can be difficult in Africa due to lack of pitches, training facilities and support to breakthrough.

Sports analyst, Michael Nsiah Otchere told Africa Feeds that Davies’ story shows that if structures are put in place, many more talents just like him could be unearthed here.

“His story is unique, most young guys are trying to follow his footsteps and that is some kind of good news. So I feel that more intervention programs should be given or accorded these refugees,” Otchere said.

For those who never met Davies but only heard about his story and watched him on the television, he is still an inspiration from a distance.

One young kid told Africa Feeds that he didn’t see Davies nor played with “him before but the way people talk about him, it motivates me to play football. So I wish I could see him and play football with him but anyway, his motivation will always keep me strong in the game”

“I love the way he plays. Alphonso Davies’ story motivates me to work on dream, to focus on football. I will follow his step,” one other kid told Africa Feeds.

Davies may be thousands of kilometres away from central Ghana, but his story is still inspiring hundreds of kids here who see themselves through his story.