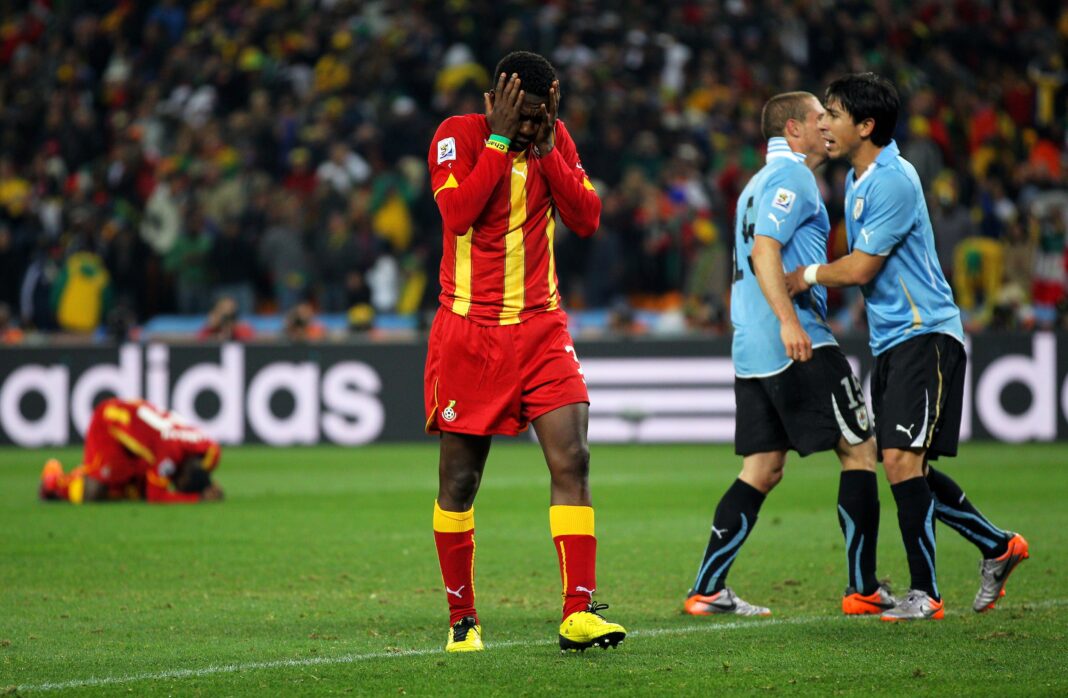 On July 2, 2010 Ghana’s senior football team, the black stars had the best chance ever in their footballing history to progress to the semi-finals stages of the Fifa World cup, but it never happened.

It’s been ten years since the country lost to Uruguay during that World Cup in South Africa.

In that match Ghana scored first through a Sulley Muntari opener but Diego Forlan’s fine second-half free-kick levelled the scores.

The game went into extra-time and then Luiz Suarez handled the ball in the goal post.

He was sent off and Ghana was awarded a penalty kick but the taker, Asamoah Gyan missed it.

We celebrate failure more than achievements. Me di333 I dey my corner dey enjoy myself. My family is very proud me. That’s what matters to me the most ??‍♂️??‍♂️????

The Black Stars were hoping to reach the semifinals of the tournament for the time in their history.

It would have been the first as well for the continent of Africa but it never happened.

Today in History, exactly 10 years ago, on 2 July 2010, Ghana’s Asamoah Gyan missed a penalty in the dying seconds of extra time against Uruguay denying Ghana a chance to become the first African team to reach the World Cup semi-finals which broke hearts across the continent. pic.twitter.com/RDvfNSDIMO