I Suspect My Wife Is Having an Affair With My Dad 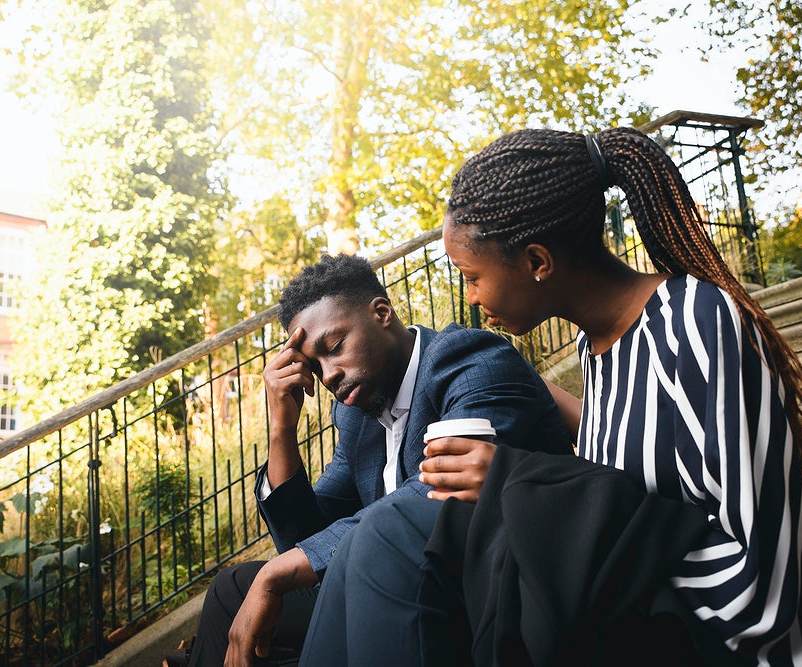 According to my mother, I was five when she left my dad. My dad was terribly irresponsible. He had other women he spent his money on and spent most of his days drunk to stupor.

At some point, my mom decided, “What’s the point of living with a drunk who doesn’t take care of his family?” So one day, she gathered a little of what she had and left the house while my father was away drinking.

If she ever thought that my dad would run after her, then she was totally wrong. One month later, when she went back for the rest of her things, she realized my dad was already living with another woman.

Two years later, my mom got married to another man—a man I grew up to recognize as my real father. He played a very huge role in my life and took care of me as if I was his own child. At thirteen when I was told he wasn’t my real father, I cried all day.

I remember not eating anything for days. And then I grew up. After my national service, he held me by the hand, took me to see a man he said was his classmate. One week later, I was employed. He gave me an education and later gave me a job to be able to stay afloat in life.

Two years ago when I decided to marry, he was the first person I went to. I told him, “I have a woman I want to marry.” He said, “Bring her home. I can’t wait to meet my in-law.” I took Sabina home one weekend. My mom gave us her blessings.

My dad said, “You have taste. See what you’ve brought home?” I was happy that my parents were happy about my choice of a woman. It only meant I could go ahead without wasting much time. A year later, we got married.

Before our marriage, my dad and my wife became very tight. They could stay on the phone and talk for several minutes. I was happy for them. When we got married, my wife visited my parents more often than she visited her own parents meanwhile, her parents lived closer to us than my parents. I didn’t make anything out of their closeness until recently something happened to change my mind about their relationship.

This is what happened…

One day, I saw my wife’s phone calling. I checked and it was my dad. I picked. He said, “You’re still home?” I answered, “I’m about to leave.” He asked, “But why are you picking your wife’s call? Is that what you do?” I laughed and said, “I picked because it was you.” The next day, it was a text message, telling my wife to have a good night.

A month ago, I brought WiFi home and connected everything in the house to the WiFi. My wife was having challenges connecting her phone so I picked the phone and set it up for her. To check if the internet was working, I hit the Whatsapp app and it opened.

The first message that came in was from my father; “Is he home yet or I should come back?” Meaning my father was here when I was away? I scrolled up to check the beginning of their chat for that day.

I scrolled up to the very beginning of their chat but I couldn’t read everything until I heard her approaching footsteps. One thing was clear from what I read; they both talked to each other like they had something going on. She called him dear and he called her Love.

If you follow their chat, you realize that a lot of them had been deleted, including some photos. But why would my father come around only when I was away? Thinking of the whole thing makes me feel traumatized. These are the two most important people in my life. If I dig deep and I find confirmation of my suspicion, my life would turn upside down.

Some days, I stop thinking about everything and pretend all is well but it’s hard. You only have to see my face to know there’s something eating me up. If I ask my wife now, I know she’ll deny everything and ask why I would think that of her.

I can virtually hear her voice screaming, “Your father? How could you think this low of me?” I can’t ask my step-dad about this. I risk losing the relationship I’ve built with him over the years. If I’m wrong, he might think I’m repaying his kindness with wickedness. I can imagine what he would say, “Your wife? how can I stoop so low to sleep with the wife of someone I call a son?”

I’m trapped between a rock and a hard place. I need an escape. I need closure to this so I can move on from the hurt of not knowing what to do. So now, I sleep with one eye open. I go to work and come home anytime I want without calling to give a hint. Last week, I pretended I was traveling.

I came back home in the night, thinking I would catch them real-handed and lay all the issues to rest. I got home and she was peacefully sleeping in bed. Alone. She turned and asked, “I thought you said you would spend two days?” I said, “I had to come back to complete other tasks at the office.”

My eyes are on the ground looking for the truth but on the other hand, I’m scared of what the truth might turn out to be.