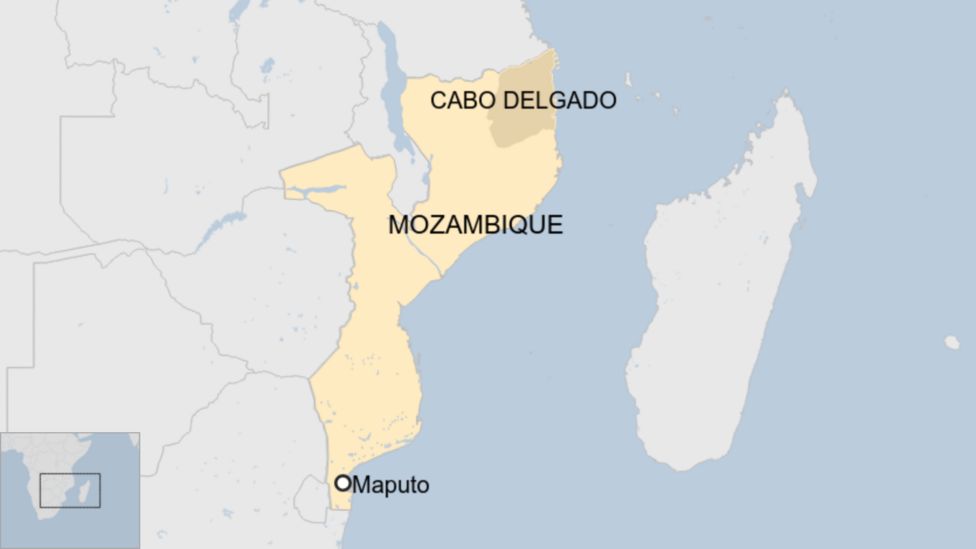 Islamist militants in Mozambique are reportedly beheading children in the northern province of Cabo Delgado.

Aid agency Save the Children which made the revelation in a report saying some of the children are as young as 11.

Save the Children released the report after engaging displaced families who reported gruesome scenes.

One mother told the aid agency that she witnessed the murder of her 12-year-old son whilst hiding with her other children.

That night our village was attacked and houses were burned,” she said.

“When it all started, I was at home with my four children. We tried to escape to the woods but they took my eldest son and beheaded him. We couldn’t do anything because we would be killed too.”

Another woman told the aid agency that her son had been killed by militants.

She was quoted as saying that “After my 11-year-old son was killed, we understood that it was no longer safe to stay in my village.”

“We fled to my father’s house in another village, but a few days later the attacks started there too.”

Chance Briggs, Save the Children’s country director in Mozambique, said the reports of attacks were sickening to officials.

“Our staff have been brought to tears when hearing the stories of suffering told by mothers in displacement camps,” he said.

The militants operating in Mozambique are linked to the Islamic State (IS) group.