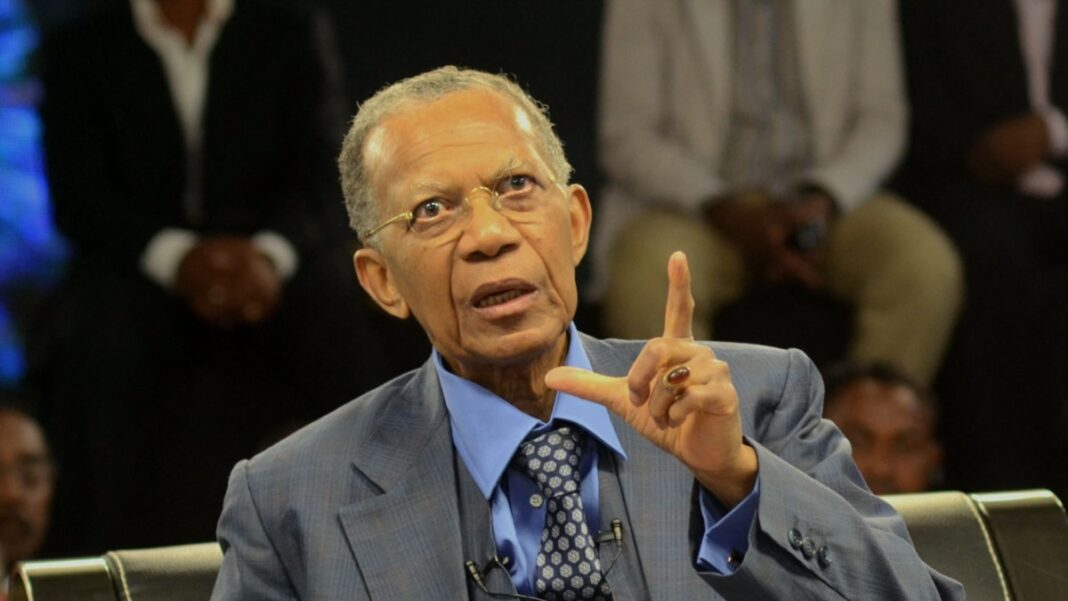 Madagascar‘s ex-president Didier Ratsiraka has died aged 84, according to the government.

He died on Sunday after he was hospitalized with a flu, the current President Andry Rajoelina announced on Twitter.

“The Malagasy have lost an illustrious patriot,” Rajoelina said.

The former naval officer nicknamed the “Red Admiral” for his socialist policies, by instigating the “Malagasy socialist revolution.”

He was forced out of power following a protest movement between 1991 and 1992 but he regained power in 1997.

Didier Ratsiraka was once again ousted shortly after a presidential election when his supporters clashed with those of his opponent then, Marc Ravalomanana.

Didier Ratsiraka was forced into exile in France for nine years after Ravalomanana was declared the winner of the election in 2002.

In 2003, he was sentenced in absentia to ten years of hard labour for “embezzlement of public funds” and five years in prison for undermining state security.

However, his sentences were overturned in 2009 and he remained active on the political scene for sometime.