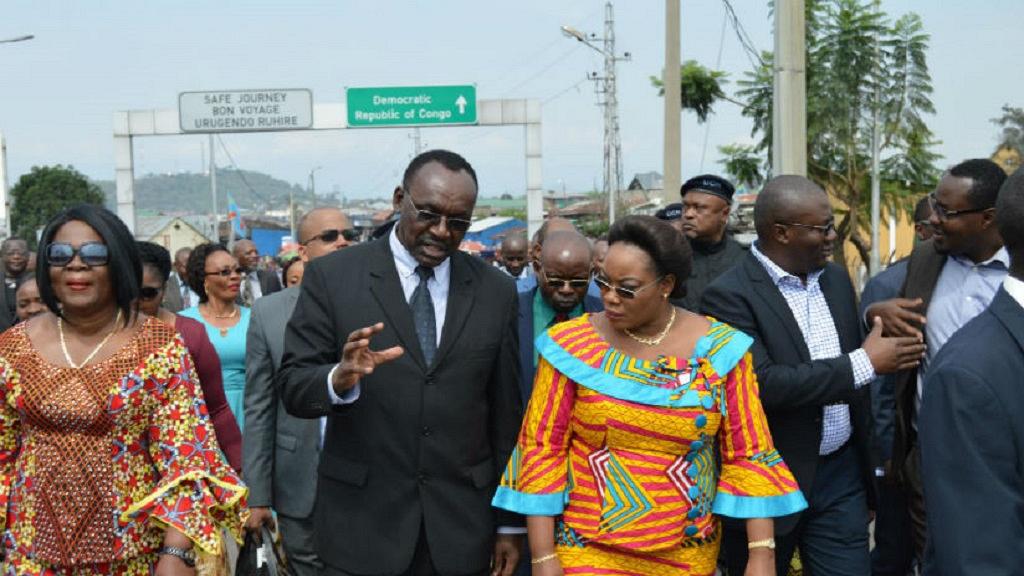 Rwanda and DR Congo have signed a new agreement establishing a framework for bilateral cooperation in the area of cross-border trade and elimination of non-tariff barriers.

Officials in charge of trade from both countries signed the memorandum of understanding (MoU), recently in Rubavu District, during the official launch of the Common Market for Eastern and Southern Africa Simplified Trade Regime (COMESA STR).

According to officials, the move seeks to ease small-scale trade by waiving import duty on products whose worth is below $2000 (about Rwf1.6 million).

It is also especially expected to help thousands of small-scale cross-border traders, largely women, to carry out their daily business smoothly.

Speaking shortly after signing the agreement, Rwanda minister of trade and industry, Francois Kanimba said that it was a milestone for small-scale traders from both countries to trade freely without any barriers.

“We are committed to improve and promote cross-border trade between our country and the rest of the countries in the region. This is part of promoting tripartite free trade area across Africa,” he noted.

The deal is considered by most traders as a convenient procedure, which offers quick facilitation through establishment of trade information desks at the border post.