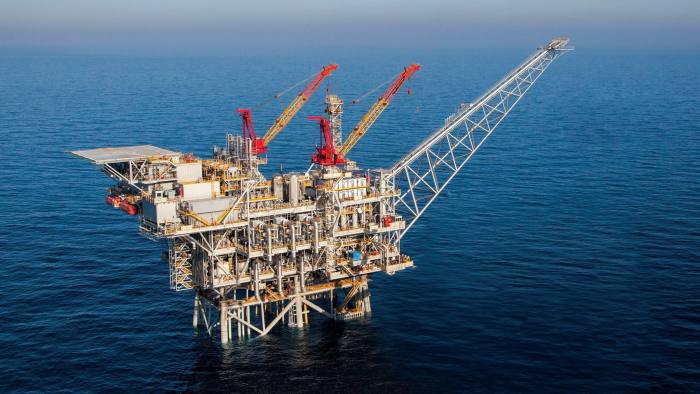 An Israeli energy company has announced a $15bn deal to export natural gas to Egypt, highlighting the deepening strategic ties between the two countries as well as Cairo’s ambitions to become a regional energy hub.

In what Yuval Steinitz, the Israeli energy minister, hailed as the most significant deal with Egypt since the countries’ 1979 peace accord, Israel’s Delek Group said it had signed an agreement to supply 64bn cubic metres of gas over a decade to Dolphinus Holdings, a private Egyptian company.

Delek is partners with the Texas-based Noble Group in developing Israel’s showpiece Tamar and Leviathan offshore gasfields, giant discoveries that promise to bolster the country’s energy security and transform it into a gas exporter. Yossi Abu, chief executive of Delek Drilling, said he expected most of the gas involved in Monday’s deal to be used for Egypt’s domestic market, while predicting it could pave the way for wider co-operation.

Egypt already has extensive gas liquefaction facilities on the Mediterranean — used to create more easily exportable liquefied natural gas — which have stood largely idle since the country’s 2011 revolution led to a fall in its gas production.

“Many people did not believe in the gas outline,” Benjamin Netanyahu, Israeli prime minister, said, adding it would supply billions in tax revenues to Israeli coffers. “This is a joyous day.” He added that the deal would “strengthen our economy [and] strengthen regional ties”.

Egypt and Israel have strengthened security co-operation since president Abdel Fattah al-Sisi took power in a popularly backed 2013 coup that overthrew an elected Islamist president. The two government have a common interest in defeating Isis militants operating in the north of Egypt’s Sinai peninsula near the border with Gaza and Israel.

But many Egyptians still view Israel as an enemy and although one Egyptian official insisted to local media that the gas deal was a commercial rather than political agreement, it is likely to be unpopular with Egyptian public opinion.

“Certainly there are political sensitivities around it,” said Jack Kennedy, senior analyst at IHS Markit, an energy research organisation. “But with the trends we have been seeing in recent years between Israel, Egypt and Saudi Arabia on security co-operation which has been increasing year after year, I wouldn’t be surprised to see more such deals in the future.”

The deal does not include a start date, nor did the companies provide details on how the gas would get to Egypt’s Dolphinus. But according to a presentation shared by the company, plans being explored include using an older pipeline that previously exported gas from Egypt to Israel and expanding the infrastructure for gas from Leviathan to be sold to Jordan.

Imports from Israel will help meet Egypt’s voracious appetite for gas, which is used to generate 70 per cent of domestic electricity supplies. But, in the longer term, Egypt is aiming to become a regional export hub by receiving gas from Israel and, potentially, Cyprus — which also has made substantive gas finds in the eastern Mediterranean — and shipping LNG to Europe or through the Suez Canal to Asia.

Monday’s deal strengthens the prospect of Egypt taking such a role rather than rival proposals in which Israeli or Cypriot gas would be exported direct to Europe via subsea pipelines to Greece or Turkey.

Development of many of the region’s gas finds has been slowed by fraught political relations between the countries in the region as well as economic and engineering obstacles to opening the export routes needed to reach market. Work on the $3.75bn project to develop the Leviathan field off Israel only began in 2017 after years of delay and political wrangling over the resources.

Meanwhile, Egypt started producing gas last December from its giant Zohr field, developed by Eni of Italy, while other new Egyptian fields have been brought on stream by BP over the past year. Earlier Israeli ambitions to use Turkey as a hub to export gas from Israel and elsewhere have stalled. Recep Tayyip Erdogan, the Turkish president, has stepped up his criticism of Israel after the US recognised Jerusalem as its capital. Delek and Noble had previously signed a $10bn agreement with Jordan in 2016.