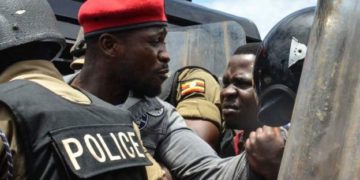 The Uganda lawmaker and pop star, Bobi Wine was arrested and detained last month on the orders of a court. 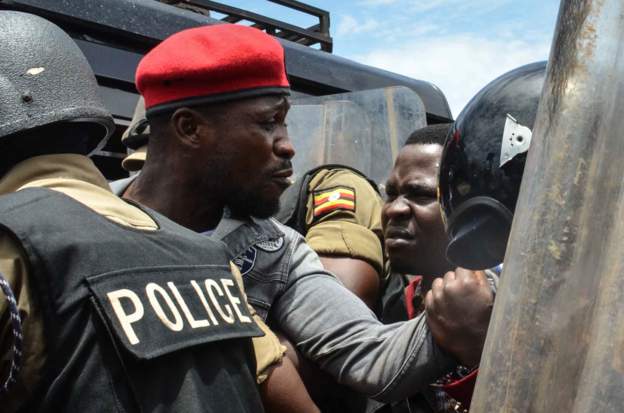 Bobi Wine is an opposition MP.

Uganda’s media regulator has ordered for the suspension of 39 journalists who work for 13 TV and radio stations for reporting about the arrest of an opposition politician.

The Uganda lawmaker and pop star, Bobi Wine was arrested and detained last month on the orders of a court.

He is facing charges of organizing a demonstration last year illegally over new tax policy on social media users.

Bobi Wine who is an outspoken critic of President Yoweri Musaveni was arrested earlier this month for attempting to hold a concert without police permission.

Uganda’s ex-army chief to challenge Museveni for the presidency

He has on several occasions clashed with the police and the leadership of Uganda.

Bobi Wine whose real name is Robert Kyagulanyihas has decided to contest Museveni in the 2021.

Foreign diplomats have condemned the said restriction of journalists for doing their job.

They have issued a joint statement urging the Ugandan government to respect the rule of law and allow all Ugandans to exercise their basic democratic rights.

Joint local statement on restrictions to freedom of expression and freedom of assembly in Uganda. pic.twitter.com/oEymWGqMWE

President Museveni recently got clearance from the courts to contest the next election after an age limit provision was removed from the constitution.

Bobi Wine has also called on citizens to stage mass protests against the police after his recent arrest.

He told the privately-owned Observer newspaper that it was high time actions were taken against the police and other state injustices meted out on Ugandans.

“We are encouraged by the people of Algeria who in the past weeks forced a dictator to resign, and the people of Sudan who through peaceful protests forced a powerful despot to give way,” the MP said.

Last year he was arrested and tortured in detention after his supporters were accused of attacking the convoy of President Yoweri Museveni.

New Ebola vaccines to be introduced in DR Congo