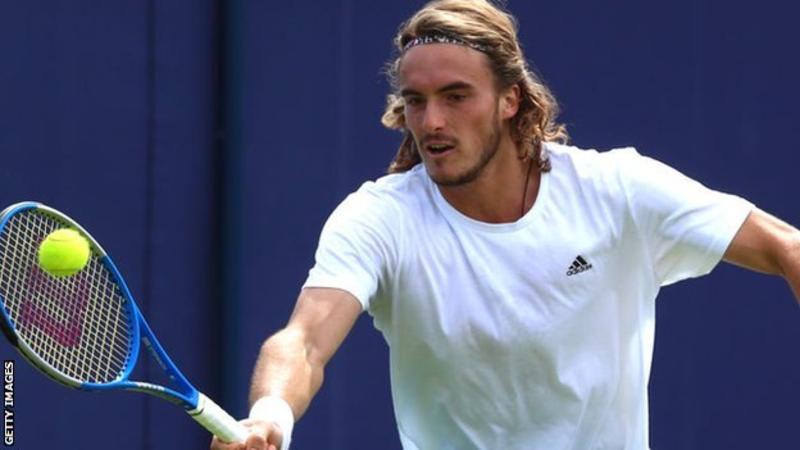 Since Lleyton Hewitt’s win in 2002, the following 16 men’s singles titles have been won by the ‘big four’ of Roger Federer, Novak Djokovic, Rafael Nadal or Andy Murray.

Tsitsipas, who begins his Fever-Tree Championships campaign at Queen’s Club against British number one Kyle Edmund on Tuesday, added: “Some don’t want to take the responsibility of going out and overcoming all those difficulties and beat those guys.

“We are responsible as the new generation to work hard to come up with something new and our best games to beat them.”

German great Boris Becker, citing the fact that Austria’s Dominic Thiem is the only active player under the age of 28 to have played in a Grand Slam final, said this month that “mindset and attitude” were holding back younger players.

The match against Tsitsipas, who has beaten Nadal and Federer this season – will be Edmund’s first since he limped out of the French Open second round in May.

Edmund, the 24-year-old world number 29, said: “It’s obviously tough in terms of he’s played a lot, and won a lot, this year, but at the same time it’s almost a very ideal situation where there’s no pressure on me to do well. Almost everything is on him.”

Edmund has won six of 16 Tour-level matches this season and slipped from 14th in the world at the start of the year.