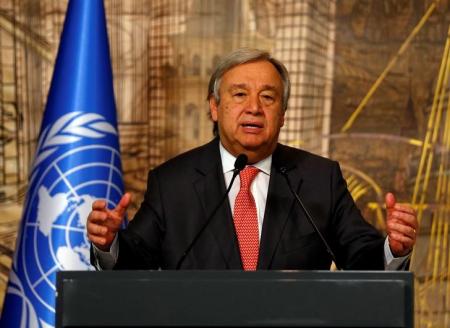 91 registered political parties in Nigeria on Sunday accused the United Nations of encouraging autocracy in Africa.

The parties through a coalition called Inter-Party Advisory Council were unhappy with a recent statement from a UN official complaining about the number of political parties in Nigeria.

The Special Representative of Secretary-General and Head of the United Nations Office for West Africa, Mohammed Ibn Chambas, in Abuja recently raised the concern.

Chambas at a meeting with the chairman of Nigeria’s Independent National Electoral Commission, Prof. Mahmoud Yakubu said having so many political parties was a serious challenge which “distracts from the quality of the process.”

With the usual Nigerian people, some people even referred to the ballot paper as table cloth on account of its length and breadth.”

But the coalition of political parties in Nigeria led by Peter Ameh said in a statement that said the UN must “concentrate more efforts on the security challenges ravaging and decimating the Nigerian Nation and the unprecedented level of unemployment across the Federation which are the real threats and which ought to be of great concern to the UN”.

Ameh said registered political parties in Nigeria had “afforded over 200 million Nigerian citizens, the opportunity to be part of the electoral processes in Nigeria.”

Many African countries have political parties being registered each year for the purposes of elections.

Often many of them are ineffective and pose no serious threat to ruling parties.

Some have argued that having many political parties participating in elections is better than a populace that is not interested in a democratic process.