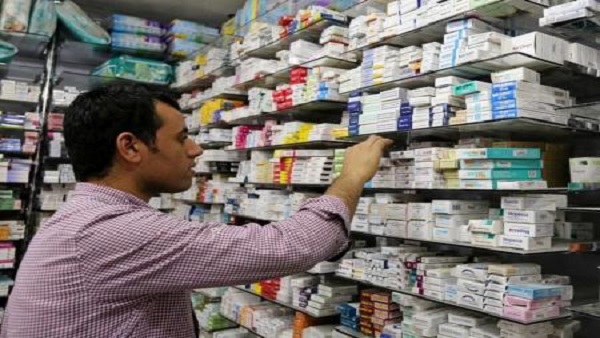 Some of the drugs costing excessively include "omeprazole, used to treat heartburn, or paracetamol, a common pain reliever."

A pharmacist searches for medicine at a pharmacy in Cairo, Egypt, November 17, 2016. REUTERS/Mohamed Abd El Ghany

A new report on the cost of medicines globally has revealed that prices of drugs in low and middle-income countries are too expensive.

US-based Center for Global Development (CDG) said people in continents like Africa “pay as much as 20 to 30 times a minimum international reference price for basic generic medicines”.

Some of the drugs costing excessively include “omeprazole, used to treat heartburn, or paracetamol, a common pain reliever.”

The report explained that medicines are costing much higher in areas like Africa because they are branded.

“In the poorest countries, branded generics—which command a price premium—make up about two-thirds of the market by volume and value.

Unbranded generics, usually the least expensive option, are a tiny sliver, only 5 percent of the market by volume and 3 percent by value,” the report stated.

The report continued that “In contrast, in the United States and the United Kingdom, unbranded quality-assured generics account for 85 percent of the pharmaceutical market by volume, but only about a third by cost.”

It means that a branded drug may not be of high quality but would cost higher because it has been branded. Whereas an unbranded drug may be of higher quality and cost less but patrons would prefer the branded ones.

The implication is that “individuals pay directly for medicines out-of-pocket. Lower-middle-income country governments do not yet account for a large share of total purchasing in their countries for medicines and other health products.”

There are no competitions for the supply of drugs in Africa which means only a few suppliers have the power to determine prices.

The CDG is arguing for a change in medicine pricing in Africa if lasting health gains are to be realized.