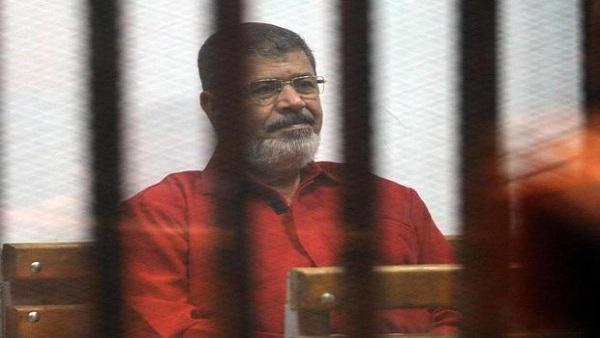 The 67-year-old was ousted by the army in 2013 following mass protests, months after becoming the country's first democratically elected leader.

Morsi died at the age of 67

The former Egyptian President Mohammed Morsi has died during a trial, according to state TV.

Morsi reportedly fainted in a courtroom during his long standing trial after he was ousted by the military.

The 67-year-old was ousted by the army in 2013 following mass protests months after becoming the country’s first democratically elected leader.

State TV reported that the former leader of the now outlawed Islamist movement Muslim Brotherhood was in court in Cairo for a hearing on charges of espionage.

He was accused of having suspected contacts with the Palestinian Islamist group Hamas. Since his overthrow in 2013 he has been in custody on several charges.

In 2016 Morsi was sentenced to life in prison for terrorism offences separately.

His death sentences were approved this year by Egypt’s highest religious authority.

But an appeal’s court ruled overturning the life sentence and death sentences handed down to him.

The Court however ordered that Mr. Morsi be retried on other charges.