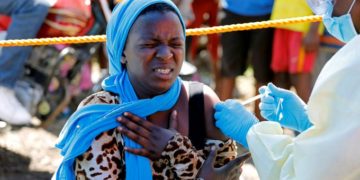 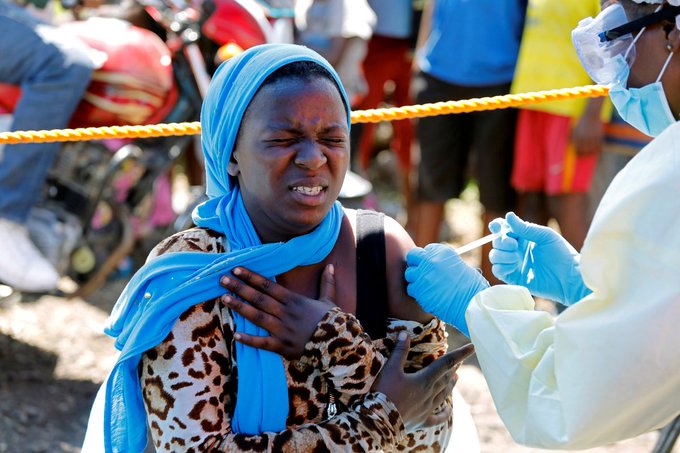 A trial of an experimental Ebola vaccine has started in Uganda as efforts continue to prevent spread of the virus.

Health officials in Uganda said the trial started on Monday to deal with a disease that has killed more than 1,800 people in neighbouring Democratic Republic of Congo.

The MVA-BN vaccine was developed by Johnson&Johnson and will last for two years, Uganda’s Medical Research Council (MRC) said.

The MRC statement revealed that the vaccine will be administered to up to 800 health professionals and frontline workers.

How to prevent the spread of Coronavirus at workplaces

These workers will include cleaners, ambulance personnel and mortuary and burial teams, in the western district of Mbarara.

The trial is being led by Ugandan researchers with support from the London School of Hygiene and Tropical Medicine.

The Ebola virus is transmitted by bats. It was named after the Ebola River when it was detected in DRC.

There is no licenced drug to prevent or treat the disease but some experimental drugs are being developed.

A vaccine was however used for the first time when the outbreak was recorded in the Democratic Republic of Congo.

The rVSV-ZEBOV vaccine, developed by US pharma group Merck has also been used and proven to be safe and effective.

There have been criticisms however over the trial and use of the vaccines.

But Professor Pontiano Kaleebu, the lead Ugandan researcher in the trial, said “In this trial, we hope to avail more information that will help us work towards having a licenced Ebola vaccine.”

Uganda is Ebola-free though but in June three people from one family died in that country after crossing back from Congo.

The WHO has now declared the current Ebola outbreak in the Democratic Republic of Congo a public health emergency of international concern.