“Made in Rwanda” Volkswagen cars go on sale

The largest European manufacturer, Volkswagen has targeted 5,000 vehicles from its Kigali assembly plant in Rwanda.

The care-marker has already started producing “Made in Rwanda“ vehicle brands assembled in Kigali.

The plant has produced “Polo” brand vehicles, but due to demand, the manufacturer is produced other models including Passat, Tiguan, Amarok and Teramont.

VW Polo model, the most affordable of the locally-assembled option costs $23,881 all taxes included.

Creating a market in Africa is key for the company. Volkswagen already builds vehicles in Kenya. 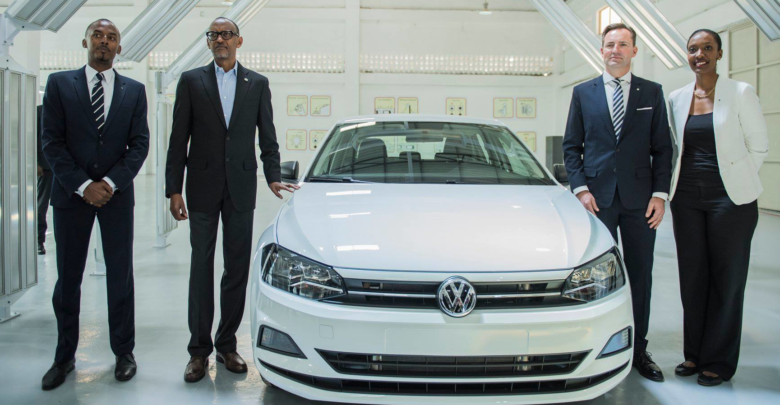 Initial investment in the Kigali plant is $20 million, creating 1000 jobs, with a female chief executive from Rwanda, and a training centre.

Michaella Rugwizangoga was appointed in March as Chief Executive of the Volkswagen’s operations in Rwanda. She is Rwandan with an engineering background. #Volkswagen #Rwanda pic.twitter.com/YBNHqBiOxW

The German car-maker, has already signaled plans to establish an assembling plant in Ghana.

That should also create jobs for young Ghanaians in the car manufacturing sector.

The European giant believes equipping Ghanaian youth to establish their own businesses is the best way to stop illegal migration.

Another German car-maker, Mercedes Benz said last year that it was investing $700m in South Africa as part of expansion plans.