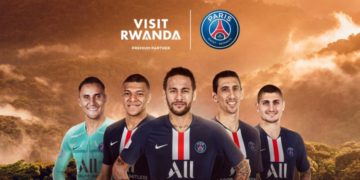 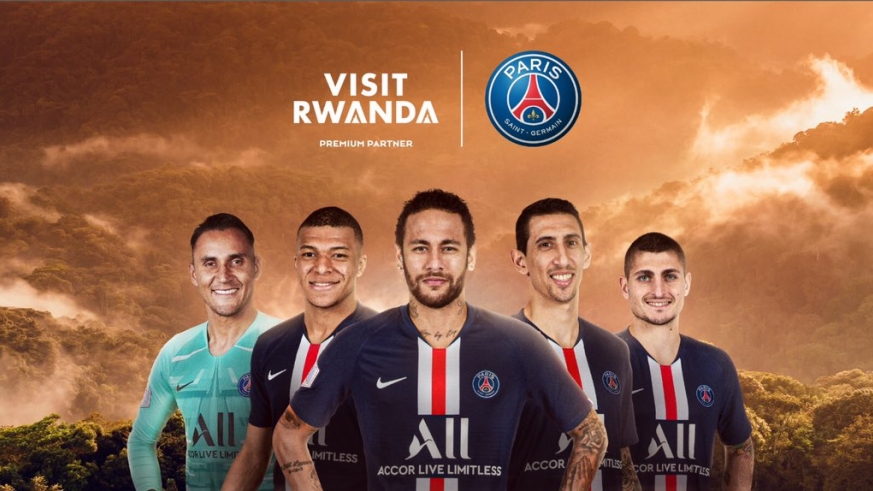 The deal primarily is to boost the tourism sector of Rwanda after the country signed a similar deal with English club, Arsenal.

The partnership deal with Arsenal was signed in May 2018 and saw  the tag name “Visit Rwanda” printed on the shirt sleeves of all Arsenal teams.

Rwanda Development Board Chief Executive Clare Akamanzi has said that “PSG is giving us another platform to take Rwanda to the world.

REVEALED: Here are the world’s most powerful passports

That includes tourism destinations as well as promoting other Made-in-Rwanda initiatives such as fashion, arts and coffee and tea.”

As part of the deal as well, Akamanzi said “Rwanda is going to be the exclusive suppliers of coffee and tea at Parc des Princes, (PSG’s home stadium) starting next season.

Rwanda is also going to showcase Rwanda’s brands at a week-long event in Paris. It is considered a lifestyle partnership because it covers aspects beyond football and tourism.”

She further spoke about the benefits for Rwanda saying “One is brand awareness for local products. The second is revenue generation from selling Rwandan products and services to PSG’s audience and the greater European market. Through the three-year partnership, opportunities for the private sector are set to expand.”

Akamanzi also disclosed that “PSG alerted Rwanda about the opportunity following the impact of the Arsenal deal.  PSG has not been the only one to approach us.

Other football and sports clubs across the world have expressed interest to work with Rwanda when they saw the partnership with Arsenal. Rwanda’s values and those of PSG are in alignment and have a lot in common.”