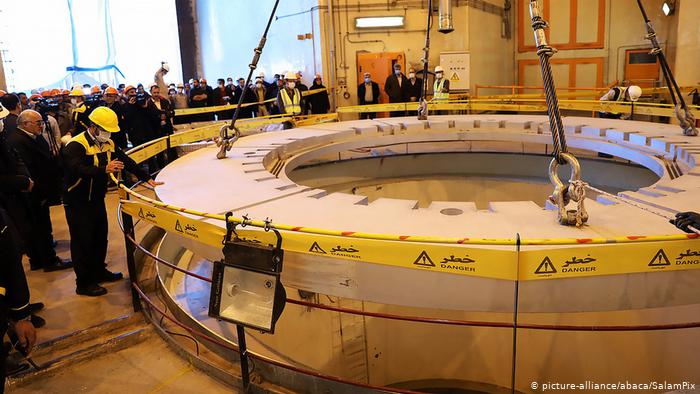 Iran said on Sunday it would further roll back its commitments to a 2015 nuclear deal with six major powers, by enriching uranium without restrictions, but Tehran will continue to cooperate with the U.N. nuclear watchdog.

State television said Iran would not respect any limits set down in the pact on the country’s nuclear work: whether the limit on its number of uranium enrichment centrifuges to its enrichment capacity, the level to which uranium could be enriched, or Iran’s nuclear Research and Development activities.

“Iran will continue its nuclear enrichment with no limitations and based on its technical needs,” a statement cited by state television said.

Iran has steadily overstepped the deal’s limits on its nuclear activities in response to the United States’ withdrawal from the accord in 2018 and Washington’s reimposition of sanctions that have crippled Iran’s oil trade.

Tehran says it can quickly undo those breaches if those sanctions are removed.

Iran had been expected to publicize its latest stance on the deal this weekend. But its announcement coincided with a major escalation of hostilities following the U.S. killing of top Iranian military commander Qassem Soleimani in a drone strike on Friday in Baghdad.

Under the nuclear deal, Tehran undertook to curb its nuclear activities in exchange for a lifting of many international sanctions.

President Donald Trump’s withdrawal of the United States from the deal led to a sharp deterioration in U.S.-Iran relations. European powers are trying to salvage the agreement, but Iran has repeatedly said they are not doing enough.

It has, however, not gone far over the purity allowed – the deal sets a limit of 3.67% and Iran has stayed around 4.5% in recent months, well below the 20% it reached before the deal and the roughly 90% that is weapons-grade.

The deal as a whole was designed to increase the time Iran would need to obtain enough fissile material for a nuclear bomb if it wanted one – the main obstacle to producing a nuclear weapon – from around 2-3 months.

While its breaches initially made little difference to that so-called break-out time, a growing number of advanced centrifuges are coming online, which could have a more significant impact, diplomats say.