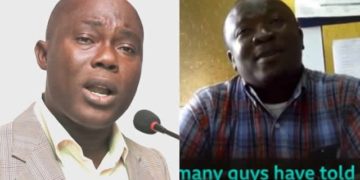 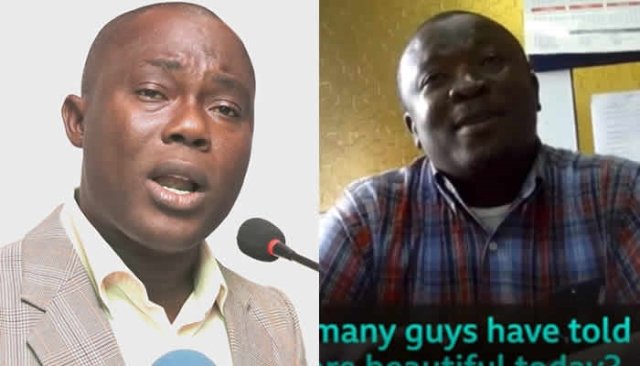 Two Ghanaian lecturers at the country’s top university who were accused of soliciting for sexual favours to award grades to their students have been exonerated of any misconduct.

Prof. Ransford Gyampo of the Political Science Department and Dr Paul Kwame Butakor a lecturer at the Department of Teacher Education of the School of Education and Leadership all at the University of Ghana were implicated in a BBC documentary.

They were filmed allegedly making sexual advances towards some women who posed as students.

A statement from the University said last year that it ”has taken a decision to interdict Prof. Ransford Gyampo and Dr Paul Kwame Butakor, the two lecturers featured in the documentary to allow for further investigations into the matter

After months of investigations by a fact-finding committee set up by the university, the two lecturers were cleared of asking for sex to award grades.

The report, according to state-owned newspaper, the Daily Graphic, said there was no evidence that Prof. Gyampoh and Dr Butakor breached the university’s policy on sexual harassment.

“The committee finds that on the totality of the evidence before it, there is a huge variance between the import of the title: ‘Sex for grades’, and the content of the actual secret video recording of the affected lecturers of the University of Ghana,” it said.

Daily Graphic reported further that on the issue of sexual misconduct, the six-member fact-finding committee reached the conclusion that there was no evidence from the BBC documentary proving any act of sexual misconduct on the part of the lecturers within the context of the university’s regulations.

“The committee notes that neither the documentary nor the BBC has provided any evidence to demonstrate that the affected lecturers demanded sex in exchange for grades, as asserted by the title of the documentary: ‘Sex for grades’,” the report said.

The University’s Code of Conduct for Academic Staff of the University of Ghana stipulates states that “Academic staff shall refrain from any type of harassment or discrimination against students and shall adhere to the Anti-Sexual Harassment Policy of the university.”

The committee that carried out the investigation however found the two lecturers culpable of conducting themselves in a manner that caused embarrassment to the university.

The report noted that “On the totality of the evidence before the committee, we find credible evidence that the conduct of Prof. Gyampoh and Dr Butakor was damaging and caused embarrassment to the university. By their conduct, they failed or neglected to comport themselves in ways that will enhance their image and that of the university.

“It is, therefore, the view of the committee that there is credible evidence to support the conclusion that the conduct of Prof. Gyampo and Dr Butakor appears to breach Paragraph 6.4 of the Code of Conduct for Senior Members of the University of Ghana,” it added.

The University said it found the title of the documentary by the BBC sensational and misleading.

Explaining its findings, the committee said per paragraphs 10.1, 12.1 and 12.4 of the Code of Conduct for Academic Staff and the Anti-Sexual Harassment and Misconduct Policy of the university, a victim of sexual misconduct must be a member of the university.

However, the evidence on record showed that the two alleged victims in the video — Zara and Abigail — were not members of the university.

The BBC’s Africa Eye secret footage also implicated lecturers at the University of Lagos in Nigeria.

One of the lecturers implicated in Nigeria, Boniface Igbeneghu, who is also a pastor has been suspended by his church.

His university has also suspended him following the exposé.

Nigeria issues 'red alert’ after the US killed Iranian General