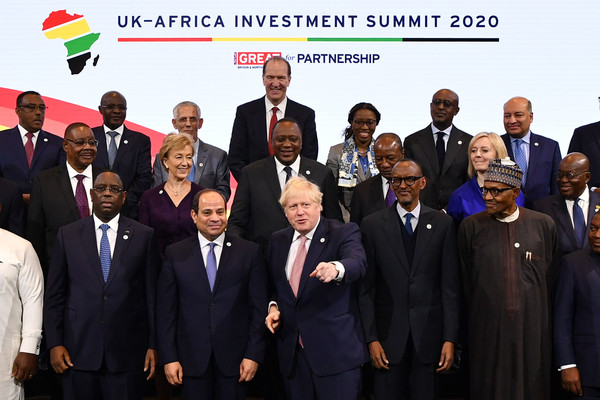 The United Kingdom for years had strong relations with many African countries especially because its colonial heritage.

That relationship still exits though in the form of the commonwealth which goes beyond its former African colonial territories.

But over the past three to four decades, the UK gradually lost significant grounds in becoming key trading partner of Africa.

It drifted away, although within the European Union it still traded with the continent, but China has become more dominant in Africa.

As the UK heads for the exit from the European Union, it is warming itself back to Africa seeking to seal trade deals.

On Monday UK Prime Minister, Boris Johnson, told African leaders who gathered for a UK-Africa Investment Summit that Britain is willing to be more open to Africa after Brexit.

Johnson, said he wanted to make Britain Africa’s “investment partner of choice” as he hosts the summit less than two weeks before Britain leaves the European Union.

He also said Britain will be open to more African migrants when it finally leaves the EU.

“Our (immigration) system is becoming fairer and more equal between all our global friends and partners, treating people the same, wherever they come from.

“By putting people before passports we will be able to attract the best talent from around the world, wherever they may be,” he said.

Among the African leaders that attended this summit were presidents Abdel Fattah al-Sisi of Egypt and Muhammadu Buhari of Nigeria.

Buhari said Brexit provides an opportunity for increased free trade across the Commonwealth, adding that visas were a key issue.

Buhari said, “While many in the African diaspora enjoy considerable benefits from living in the West, they do not always feel at the heart of the community.

“A renewed sense that there are ties that bind us through the Commonwealth, and a concerted effort to grow those links through trade, could act as a spur to encourage togetherness and the certainty of belonging.”