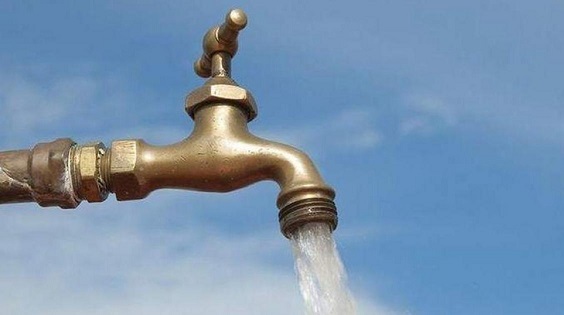 Some Ghanaians have resorted to misuse of water following announcement by their President Nana Akufo-Addo that the state would absorb water bills to help curb the spread of the coronavirus.

Ghanaians will not pay water bills for April, May, and June in a bid to ensure adequate supply of water to parts of the country.

In a series of nauseating videos going viral on social media, some Ghanaians are seen seated in a wheelbarrow beneath a running tap and just wasting the precious commodity in the name of comedy and as a way of appreciating the president’s intervention.

The development has sparked concerns among government officials who have condemned the trend.

Ghana’s Minster for Sanitation and Water Resources Cecelia Dapaah, has advised the public to be modest in the use of water following government’s decision to absorb the water bills of all Ghanaians for the next three months.

Speaking on an Accra based radio station the Minister also cautioned water consumers to desist from watering their gardens and washing their cars.

“It will rain soon. People should stop watering their gardens. Even the gardeners are not working now. And also let’s stop using treated water for washing our cars.

Use a bucket of water. If not we might have to ban people from washing their cars. Let’s all be modest,” she said.

The Ghana Water Company Limited says customers who have defaulted in the payment of their water bills will not enjoy the government’s announced free water supply.

The Chief Executive Officer of the company, Dr Clifford Braimah has hinted that all customers whose lines have been disconnected for non-payment of bills will not also be reconnected.

Government in collaboration with the business associations in the country is rolling roll out a soft loan scheme up to a total of $103,181,424.00 which would have a one-year moratorium and two-year repayment period for micro, small and medium scale businesses.

The president further announced an insurance package, with an assured sum of $60,606.06 for each health personnel and allied professional at the forefront of the fight, has been put in place, with a daily allowance of $25.8681 being paid to contact tracers.

“Government has also decided that all health workers will not pay taxes on their emoluments for the next three months, i.e. April, May, and June.

Furthermore, all frontline health workers will receive an additional allowance of fifty percent (50%) of their basic salary per month, i.e. for March, April, May, and June. The March allowance will be paid alongside that of April,” said Akufo-Addo in the Sunday night address.

The state will also make available free buses to shuttle health workers in the capital and other cities under lockdown to slow the spread of the deadly virus.