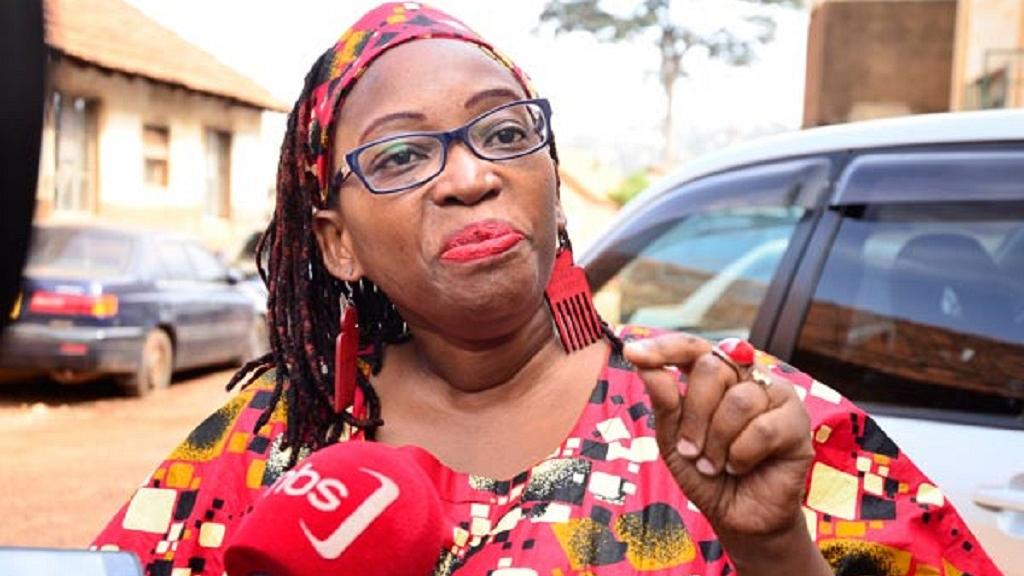 Police in Uganda have arrested top activist and academic, Dr Stella Nyanzi for leading a protest over food in Kampala.

She and another promoter of the protest, Andrew Mukasa alias Bajjo were arrested on Monday together with several other protesters.

They were demonstrating on the streets of Kampala over what they described as “slow distribution” of government relief food to vulnerable people.

Most of the people they were agitating on their behalf were those mostly affected by the Covid-19 induced lockdown.

Nyanzi and other protesters were arrested near Buganda Road Court in Kampala as they walked to the Office of the Prime Minister.

According to the protesters they were marching to the Prime Minister’s office to seek clarification on the inability of the government to feed the poor despite several food donations made to the state.

Dr. Nyanzi already signed a petition that claimed that many needy Ugandans have not received relief food to help them cope with the lockdown.

The petition attributed this to exclusion of civil society organizations and religious leaders in the distribution exercise.

Ugandan activist & academic Dr Stella Nyanzi has been arrested this morning after she lead a protest over what she described as the ‘hunger pandemic’ in the Country.
A number of protestors that were marching with her have also been detained. pic.twitter.com/tobk39XMJX

She said shortly before her arrest that “Many Ugandans have been excluded from the distribution of food relief by a hastily assembled military outfit.

Churches, mosque and other civil society institutions that have closer ties and networking within their communities were unfairly denied a chance to help their communities in the time of need and yet they would have been instrumental in mobilising and distributing food with clear guidelines.”