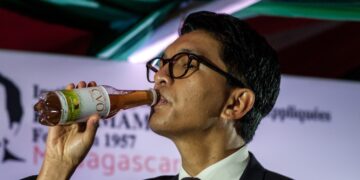 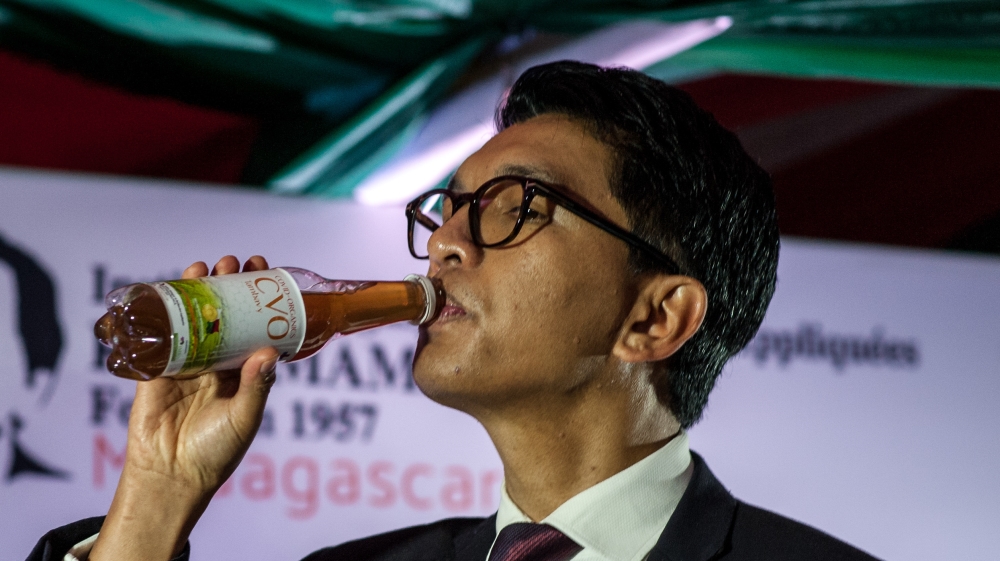 President Andry Rajoelina took a sip at the launch of Covid-Organics. Photo: Via Aljazeera / Henitsoa Rafalia/Anadolu

Ghana’s government has said it has reached out to Madagascar for its Covid-19 herbal remedy.

The country’s information minister, Kojo Oppong Nkrumah said on Tuesday in a media interview that once the drug is supplied to Ghana, it would be tested for efficacy.

Nkrumah was quoted as saying on the state broadcaster, GBC that “We are considering it (Covid-organics). We have reached out to them.

We have asked that it be made available to us & like all drugs, it will be tested by FDA & in this case by Center for Plant Medicine & if proven efficacious, we can recommend it use”

To clarify, this is exact words of Minister “We are considering it. We have reached out to them. We have asked that it be made available to us & like all drugs, it will be tested by FDA & in this case by Center for Plant Medicine & if proven efficacious, we can recommend it use”

Earlier this month Ghanaian officials had said Madagascar’s touted Covid-19 herbal remedy would not be allowed onto the country’s market for use just yet.

Ghana’s Food and Drugs Authority (FDA) which has the sole mandate to approve the drug to be put on the local market said it would not do so until “the efficacy of the drug is proven”.

On local news outlet Citi TV, the Chief Executive Officer of Ghana’s Food and Drug Authority (FDA) Mimi Delese Darko said “Yes, we’ve read about it (the herbal drug) but what we also look out for is evidence so you cannot just put a drug or a herbal product on the market without evidence and say it treats a disease.”

“So far as we’ve seen, it was tested in about 20 people over three weeks and come out with the claim of cure. There is no published study and what we would say is that we will need more evidence,” Darko said.

Madagascar had said the remedy called Covid-Organics was developed by the Malagasy Institute of Applied Research (Imra).

The herbal remedy was produced from artemisia plant, an ingredient used in a malaria treatment and other Malagasy plants.

Several African countries have taken delivery of the tonic already with Madagascar’s President, Andry Rajoelina urging farmers in his country to grow more of the artemisia plant.

But the WHO has warned people against using the remedy when there is no scientific evidence it can treat people with the virus.

President Rajoelina had described as condescending the criticisms against the drug.