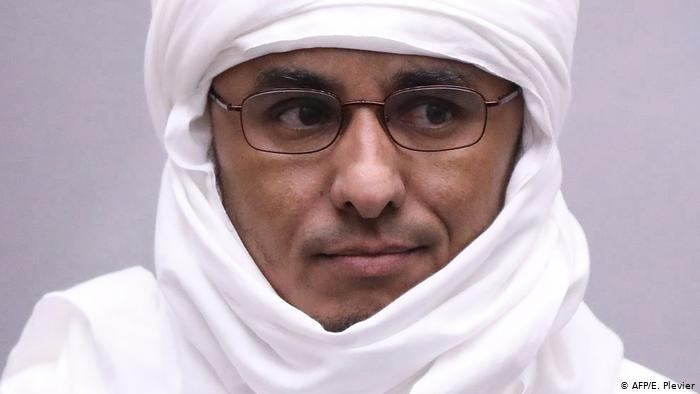 In 2012, a coalition of Islamic extremists occupied the ancient city of Timbuktu in the Saharan desert. They imposed a brutal regime, murdering and raping those they considered to be non-believers and destroying centuries-old holy sites that they saw as blasphemous.

Prosecutors at the International Criminal Court (ICC) in The Hague accuse Al Hassan Ag Abdoul Aziz Ag Mohamed Ag Mahmoud, who was arrested in 2018, of being one of those extremists and even a leading figure among them. They say he was a key member of Ansar Dine (“Defenders of the Faith”), a militant group that ruled northern Mali between April 2012 and January 2013.

Al Hassan was de facto chief of the Islamic police and as such was responsible for the torture and mistreatment of people, particularly of women, the prosecutors say.

“On the basis of the evidence gathered, my office alleges that Mr. Al Hassan committed crimes against humanity and war crimes in Timbuktu, Mali,” the chief prosecutor of the ICC, Fatou Bensouda, stated in a video after his arrest.

“We also allege that Mr. Al Hassan bears responsibility for the war crimes of cruel treatment and torture, outrages upon personal dignity, in particular humiliating and degrading treatment, rape and sexual slavery,” she continued.

She said Al Hassan was also accused of being partly responsible for the destruction of a number of ancient mausoleums on grounds of supposed idolatry, as well as for meting out punishment without trial.

“We continue to have the victims foremost in mind,” said Bensouda. “We strive to do what we can so that they may attain the justice they so rightly deserve. I am also committed to the view that fighting impunity for such grave crimes positively contributes to fostering peace, security and stability in society. This, too, is my commitment and hope for Mali.”

The trial, which is to begin in The Hague on Tuesday, will examine how much power Al Hassan had and whether he was acting on his own or following instructions from the Ansar Dine leadership.

According to Thomas Schiller, who runs the Mali office of the Konrad Adenauer Stiftung, a think tank that is affiliated to Germany’s Christian Democratic Party (CDU), Al Hassan had a high profile in Timbuktu but “not a prominent figure amid the Islamist forces in general.”

“He was certainly not a main actor in the occupation that was carried out by Islamist forces,” Schiller said.

‘Pearl of the Desert’ destroyed

Located about 1,000 kilometers (621 miles) north of Mali’s capital, Bamako, Timbuktu was once nicknamed the “Pearl of the Desert” and known as the “City of 333 Saints.” UNESCO classified it a World Heritage Site in 1988.

After the Islamist coalition that included Ansar Dine and Al-Qaida in the Islamic Maghreb (AQMI) had occupied large parts of northern Mali, including Timbuktu, in 2012, it immediately set about destroying the city’s cultural heritage.

The ICC prosecutors also accuse Al Hassan of being instrumental in this destruction and of brutally imposing bans on music, dance, art and sport.

Malian and French forces liberated the city in January 2013.

Schiller told DW that the trial would probably not interest most Malians, since the majority of the people there had not been affected by the Islamist brutality, northern Mali being more sparsely populated.

“Many people in Timbuktu know who Al Hassan is. But most other Malians will not have heard of him,” he said.

“Most will be trying to ensure that their daily security situation does not continue to worsen,” he added.

Al Hassan is the second Islamist to go on trial in The Hague in relation to war crimes connected with Timbuktu. In 2016, the ICC sentenced former Ansar Dine leader Ahmad Al Faqi Al Mahdi to nine years’ imprisonment after he admitted to destroying historic shrines in the city.

There is speculation that he might be called up to testify against Al Hassan.

A group of young Nigerian filmmakers who are known for spoofing famous movie scenes have received some movie making gadgets from Netflix. The group, Ikorodu Bois...
Read more
Business

Thankfully, after months of delays, the Premier League returned to decide the league champions, the European qualification places, and the relegation battle, alongside additional...
Read more
Central Africa

Two men and a woman have been jailed 30 years for throwing stones at President Evariste Ndayishimiye convoy. They were jailed by a court in...
Read more