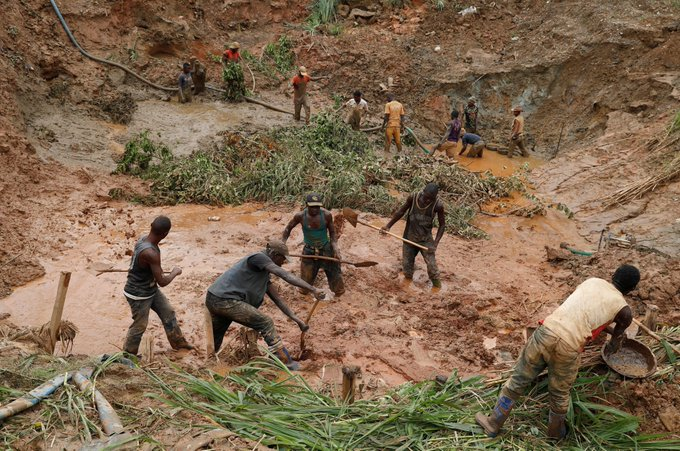 At least 50 people are believed to have been killed in a gold mine collapse in the Democratic Republic of Congo.

There have been efforts by rescuers to dig through rubble after the mine near Kamituga town, in the east of the country, caved in on Friday.

Local media reported that the mine collapse as a result of torrential rain.

An eyewitness told AFP that heavy rains meant that “water went into the three tunnels. When people tried to get out, there was no way as the water was flowing strongly”.

According to local officials most of those feared dead are young people.

The local governor of South Kivu province, Theo Kasi, said he was saddened by “the tragic deaths of 50 people, most of them young”.

Images from #Kamituga, east DR #Congo where at least 50 ppl are thought to have died after an artisanal gold mine collapsed. Area produces nearly all Congo’s gold but artisanal excavation techniques are unregulated & highly dangerous. @juliakim6 #breaking #Goma #Kamituga pic.twitter.com/rw5QaE6CIa

Two days of mourning has been declared for the victims in a country that often witnesses similar accidents.

Last year a landslide at another abandoned gold mine led to the death of 16 people.

The same year 43 clandestine miners also died in another landslide at a copper and cobalt mine.