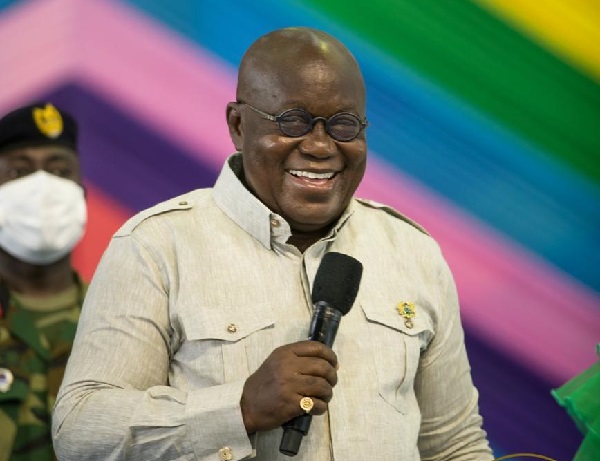 He was declared winner of the presidential election on Wednesday by the country’s electoral commission chairperson.

President Akufo-Addo won by 51.59 percent with his closest rival, the former president, John Mahama securing 47.36 per cent of votes.

“At the end of the polls, Nana Addo Dankwa Akufo-Addo of the New Patriotic Party, obtained 6,730,413 votes, being 51.595% of the total valid votes cast.” Jean Mensa, Chairperson of the electoral commission told a news conference.

At least five people have been killed in post-election violence but the country is relatively calm after the election results were declared.

But the opposition party and its leader, John Mahama have rejected the results refusing to concede defeat.

The opposition complained of rigging by the government with support from the electoral commission, claims that have been rejected by both parties.