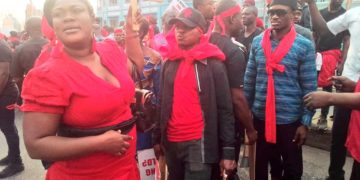 The gold firm has been struggling to pay premiums of its investors after they were ordered to stop their unlicensed public gold trading activities by the Securities and Exchange Commission (SEC). 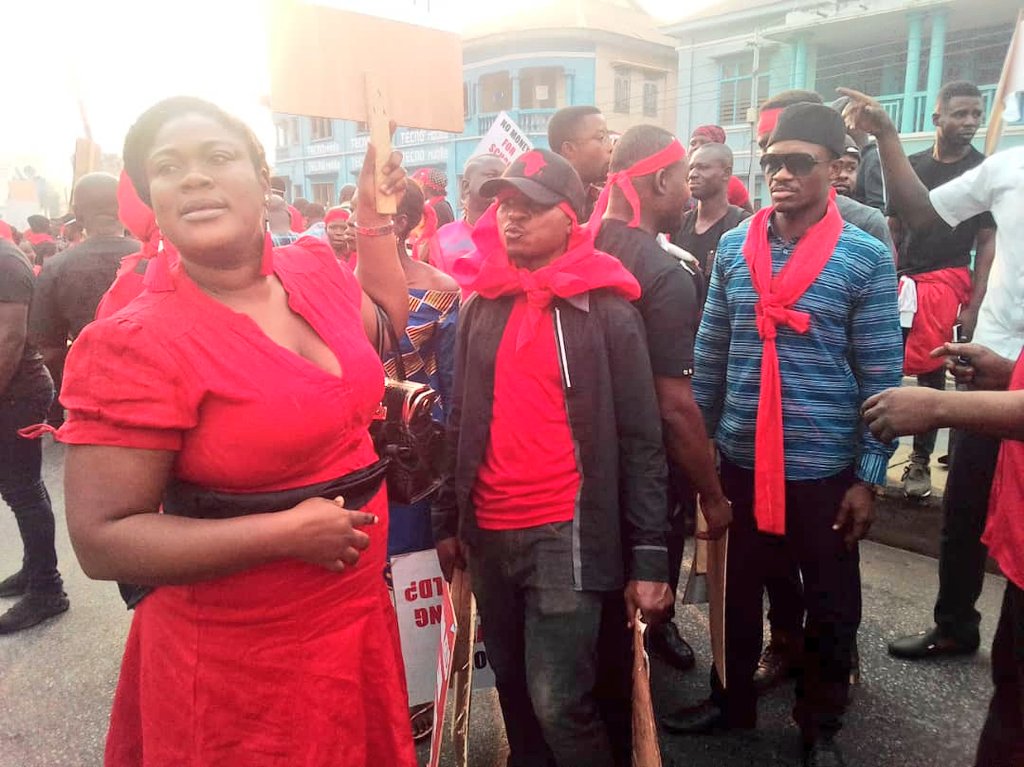 Ghanaians who have invested in the Ponzi scheme are frustrated they cannot get their monies back. Photo: Twitter/ @onua951fm

Some Ghanaians who have invested in a Ponzi scheme on Tuesday staged a demonstration in the Ghanaian town of Kumasi in the Ashanti region.

The customers of gold trading firm, Menzgold Ghana Limited which had been flagged as a Ponzi scheme were protesting their inability to access their locked up funds.

The gold firm has been struggling to pay premiums of its investors after receiving orders to stop public gold trading activities.

Menzgold’s business module involves buying gold and subsequently paying interests to investors in Ghana. Investors were to gain 10 percent on their investments monthly.

Ghana’s central bank has said that the company continued to operate despite warnings to stop taking deposits from customers.

Ghana’s Securities and Exchange Commission (SEC) says the company did not have license to undertake such a trade.

Efforts by the customers on several occasions to get back their monies yielded no results.

Concerns over government’s lack of support

The protesters clad in red and black attire and hoisting placards, expressed disappointment in the government’s silence to their plight.

The aggrieved Ghanaians vowed to continue with their protest until the government comes to their aid.

“This is just a tip of the iceberg,” one of the protesters told Africafeeds.com. “We just want the government to see that. The next one is going to be something else,” the protester added.

Security analysts have called on Ghana’s President Akufo-Addo to make a statement on the plight of the aggrieved customers.

They argue that such a move would assuage the frustrations of the customers.

“We expect no other person than the president to make a policy statement to calm down and let the customers know that we are going to set up committees to find out where your money is,” said Adam Bona a security analyst on local radio station, Starr FM.

MENZGOLD SAGA: ‘How can I live in my own country and become a slave?’ – Menzgold customer cries after police torture.#JoyNews pic.twitter.com/vjwg6JIwBz

What is the government saying?

Ghana’s Finance Minister Ken Ofori Atta late last year said that people who invested in the trading of the troubled gold firm were motivated by greed.

“…The issue with a company of Menzgold, as I look at the Ministry of Finance and I see some people who are at the Ministry of Finance who have invested there, I look at the Bank of Ghana and I see some people who have invested there and rarely and of course the military etc., so, it becomes an issue of greed as a people and our own behaviour, when we are so clear as educated as we might be that when we went there, there was no license,” he said at an event in Accra.

He said the government would not pay the aggrieved customers a dime despite their agitation.

“I think it is not in the place of government to fund or get your money back for you. It was an obvious trap that you went into,”Ofori Atta said.

It is unclear when the company will be able to raise funds to pay customers. Meanwhile agitations continues across the country.