Like William Shakespeare said, “Good wine needs no bush” (As you like it), this is evident in the talent of K.O.G (Kweku of Ghana) who is an internationally renowned professional musician, artist, songwriter, percussionist, and multi- instrumentalist from Elmina in Ghana.

K.O.G however is now a resident of Sheffield in the United Kingdom. As a versatile musician, Kweku is skilled in Balafon, Kpanlogo, Shekere, and Djembe.

K.O.G considers himself as an Afrofuturistic musician, one the he succinctly defines in his own words:

He said in a recent interview that “Afrofuturistic artists dissect and amplify the significance of traditional African art and culture and its positive projection in a modern paradigm to show the rich wealth of African heritage and existence”.

K.O.G was born into a family with a  rich music background imprinted in their DNA,he mastered the art form mimicking rhymes and songs from one of history’s musical greats from the likes of Bob Marley, Damien Marley, Paul Simmons,Yossou N’dour,Tupac Shakur,Sizzla Kalonji, just to name a few of them.

Above all, contemporary Ghanaian artistes became his muse and to this day, he always lays claim to these as his best early influencers of all-time: Pat Thomas, Gyedu- Blay Ambolley, and legendary musician Ebo Taylor.

Kweku started his basic education in New Hope basic school in Laterbiokorshie, Accra, where he was actively into drama and cultural performances, but it was during his second-cycle education in Mfantsipim, Central Region of Ghana, was where he discovered his true passion for within the Arts: Music. Pursuing this passion with enthusiasm, he founded the legendary acapella group, Levites, which has been in existence for about 20years and still going strong.

During his days at the University of Ghana, Legon, where he studied Psychology, amazingly he made a sharp switch into studying and pursuing music.

After moving to the U.K in 2010, Kweku pursued a post-graduate degree in several courses whilst after which he embraced his passion whole-heartedly which was evidenced by him laying the cornerstone for the formation of Zongo Brigade-a live band made up of nine people that plays African music, jazz, and hip-hop, and the other, Onipa, consisting of two people (himself inclusive) plays Afro-fusion.

K.O.G has been working with two main long time friends Franz Von, the renown Jamaican MC and front man of Zongo Brigade, and Tom Excell,the genius producer,a super musical maverick have been his creative partners and each created both projects respectively.

Some of his several musical projects include, Akwaaba, an EP (2015), Wahala-Wahala (2019) with Zongo Brigade was released under Heavenly Sweetness (France).With Onipa, they unleashed Open My Eye, an EP (2018), and We nor be Machine(2020), an album with Strut Records (U.K).

Today, he can look back and be content with his musical trajectory having helmed two successful musical bands (Zongo Brigade and Onipa) in the United Kingdom which tours globally, the latest being Zanzibar.

With Zongo Brigade and Onipa, one of them is like my wife and the other my children” K.O.G admitted [Laughs].

In 2016, out of 6000 bands that auditioned to during the “Glastonbury Emerging Talent” competition festival, his band, Zongo Brigade placed third to earn a them a spot during the mammoth music festival. His band played eight main stages during main festival. This, he says, is his fondest memories besides having his kids.

“My fondest memories yet in my life is having my kids and playing during the Glastonbury concert”, he confessed.

Touting his career achievements, the K.O.G is a two-time nominee for the annual GH-UK Music Awards and has been reviewed by the biggest music magazine worldwide, Rolling Stone and giant British tabloid, The Guardian.

Furthermore, in 2018, Kweku won the Young Commonwealth Performer of the Year Award with Tom Excell, his well known collaborator and performed for Nelson Mandela’s family in Melbourne, Australia.

Not only,that,K.O.G has made some contributions in music collaborating with a spectrum of artistes in his genre, working with Ghanaian artistes like,Wiyaala,Lamisi,Nubiyan Twist, and Congo Natty , and sharing the stage with Gyedu-Blay Ambolley in Belgium.

In spite of all these handful of achievements in a quite a short while, he never despises his humble beginnings-heading back to his roots in Ghana to inspire the youth by collaborating with, Dr.Twum Danso at the University of Sheffield for the Festival of Mind to create a live performance to tell the Story of Colonial Childhoods in Africa in Adisadel College- a sister school, in Cape-Coast, Ghana, not too far from where he had his second-cycle tuition, Mfantsipim. 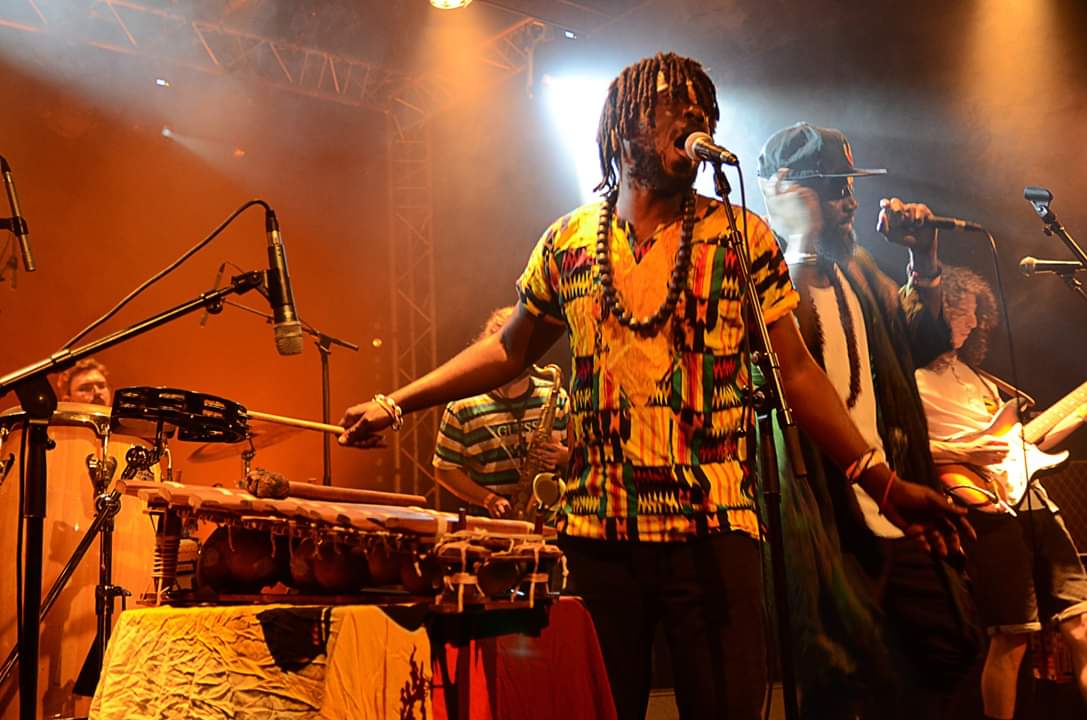 K.O.G has also taught vocals and percussion workshops in schools, community centres and at festivals.

Today, the previously razor-shaved talented head can now be spotted head-locked in dread- a firm decision he made to conserve time for other activities including writing and reciting poetry and drawing (and he is really a good artist).

“My favoutire colour is Black because I believe that all colours emerged from colour, black”, was his response to me questioning him on what his favourite colour is, but to me it’s definitely not a rhetoric, it is an introspective delve into his seemingly conservative persona to firsthand ascertain what he deems quality music, and this is what his remarks were:

“I can do commercial music but it is not just my kind of music; I am not fascinated by that world”, K.O.G candidly confessed.

Deducing from the above, it is very evident that, he has a penchant for unadulterated things: from culture to music; explaining why he is bent on urging upcoming artistes to choose and learn the rudiments of the art form and conserve that tradition.

“In Ghana, our music is gold. Upcoming artistes need to learn how to represent family, tribe, and Africa they must learn how to craft lyrics and tell stories”, the artiste who is currently working on his debut solo album admonishes adding that they “should know themselves since by doing so one can respond to people and the universe”.

Currently he is in the studio gearing up to record his debut solo album with help from longtime friend and collaborator, Tom Excell (Onipa).

Ideally, there is no other way of memorializing one’s self than through one’s work and K.O.G exemplified that through music.