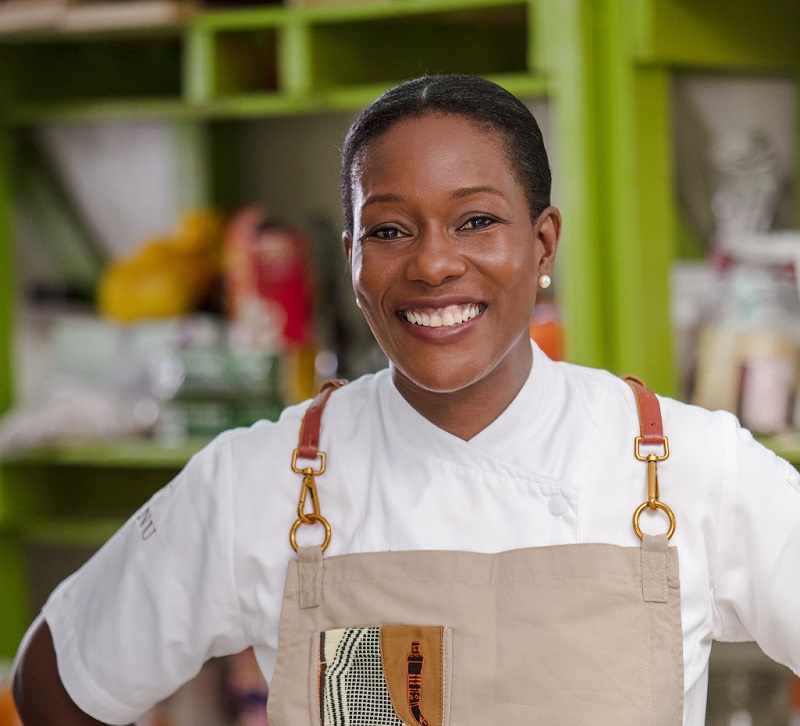 The organisers of the Basque Culinary World Prize, an annual award for a trailblazing chef whose work has had a transformative impact ‘beyond the kitchen’, have called for the world of African gastronomy to nominate chefs for the prize.

African chefs Dieuveil Malonga and Sellassie Atadika are amongst those who made it to the final lists in 2019.

Born in Democratic Republic of Congo and raised in Germany, Malonga founded Chefs in Africa, a platform that aims to cultivate the talent and culinary passion.

He also toured extensively to promote his culinary concept “Afro-fusion.

By partnering with local farmers and relying on foraged ingredients, Atadika has been able to reduce food waste and ensure Midunu’s sustainability.

Her forward-thinking approach to cultural preservation and her commitment to culinary ingenuity have earned Atadika the admiration of an international audience.

This unique and pioneer global award supported by some of the best chefs all over the world was created by Basque Culinary Center and the Basque Government.

Now in its fifth year, it celebrates the impact gastronomy can have when chefs use their creativity, knowledge, leadership and entrepreneurialism to generate change within society.

It is an inclusive and ambitious plan, because we know that only from the collaboration we would create our own space in the world and strengthen Euskadi as an international reference territory.

We have the experience and proven track record of a country that has always lived open to the world and we also have our own active and committed network of Basque communities to face the challenge of the internationalization of Euskadi.

Through initiatives such as the BCWP, we contribute to the configuration of a new, more fair and sustainable social model at the service of people”.

Joxe Mari Aizega, Director of the Basque Culinary Center, stressed the importance of this award that “The Basque Culinary World Prize has highlighted gastronomy as a global phenomenon that has become a transformative force of society.

It is through gastronomy that we can confront and offer solutions to the challenges faced by contemporary societies.

In this 5th edition of the Basque Culinary World Prize we want to consolidate said phenomenon through stories and actors that will demonstrate the active role that chefs have as agents of social change.

We invite everyone in the gatronomic community to nominate an inspiring chef who can claim concrete achievements beyond the kitchen”.

In 2019, American chef Anthony Myint was awarded for using cooking to tackle one of the most pressing challenges in today’s global society: climate change.

Based in San Francisco, he leads initiatives such as ZeroFoodprint that draw attention to the environmental impact of restaurants and provide tools for chefs to reduce or eliminate their business’ carbon footprint, regardless of location.

Through the Perennial Farming Initiative, Myint has joined forces with the State of California to support sustainable agricultural practices.

In Myint’s own words, “I’m immensely honored to have won the Basque Culinary World Prize because I believe food and agriculture offer our best hope against climate change.

A revolution is built one individual at a time and we’re trying to start a global movement.”

An interdisciplinary jury, made up of some of the most influential chefs in the world, selects the winner together with academics and international experts.

Every year they choose a chef whose work embodies the ethos of the prize: to transform society through gastronomy.

The winner will receive 100,000 euros, which they will devote to an initiative of their choice that expresses the transformative power of gastronomy.

At the closing of the nominations period, the candidates will be evaluated and ten finalists will be chosen by a technical committee, made up of leading academic and culinary experts.

Gastronomic professionals and institutions have until May 4th– fewer than 90 days– to nominate chefs that demonstrate how gastronomy can become an engine of change. Nominations must be made through the website of the Basque Culinary World Prize:

The Basque Culinary World Prize appeals to the collective knowledge of the gastronomic community to discover culinary professionals throughout the world who are transforming society.

The award is open to anyone with a professional background in cooking– regardless of their culinary culture, nationality, fame or notoriety.

The Basque Culinary World Prize has the support of some of the most influential chefs in the world, who highlight the importance of the initiative:

“The Basque Culinary World Prize is the most respected award among chefs, who, currently, take on gastronomy in a very different way.

We now understand the great responsibility of our profession and the impact that food has on sustainability, from an environmental, economic and social perspective.

In this 5th edition, we invite members of the gastronomic community worldwide to participate in the nominations.